“I became obsessed with tattoos at a very young age — probably eight or nine years old. I grew up on Long Island, New York — a suburb and quiet little town, called Hicksville. I was with my mom one day, going to a restaurant. We’re waiting to get in there and there’s this woman in front of me. I remember it like I can see it right now. She had this crazy tattoo sleeve — all jungle-looking, very green.”

Entranced with the images and designs, he couldn’t stop staring. Adam’s passion for tattoos was ignited. 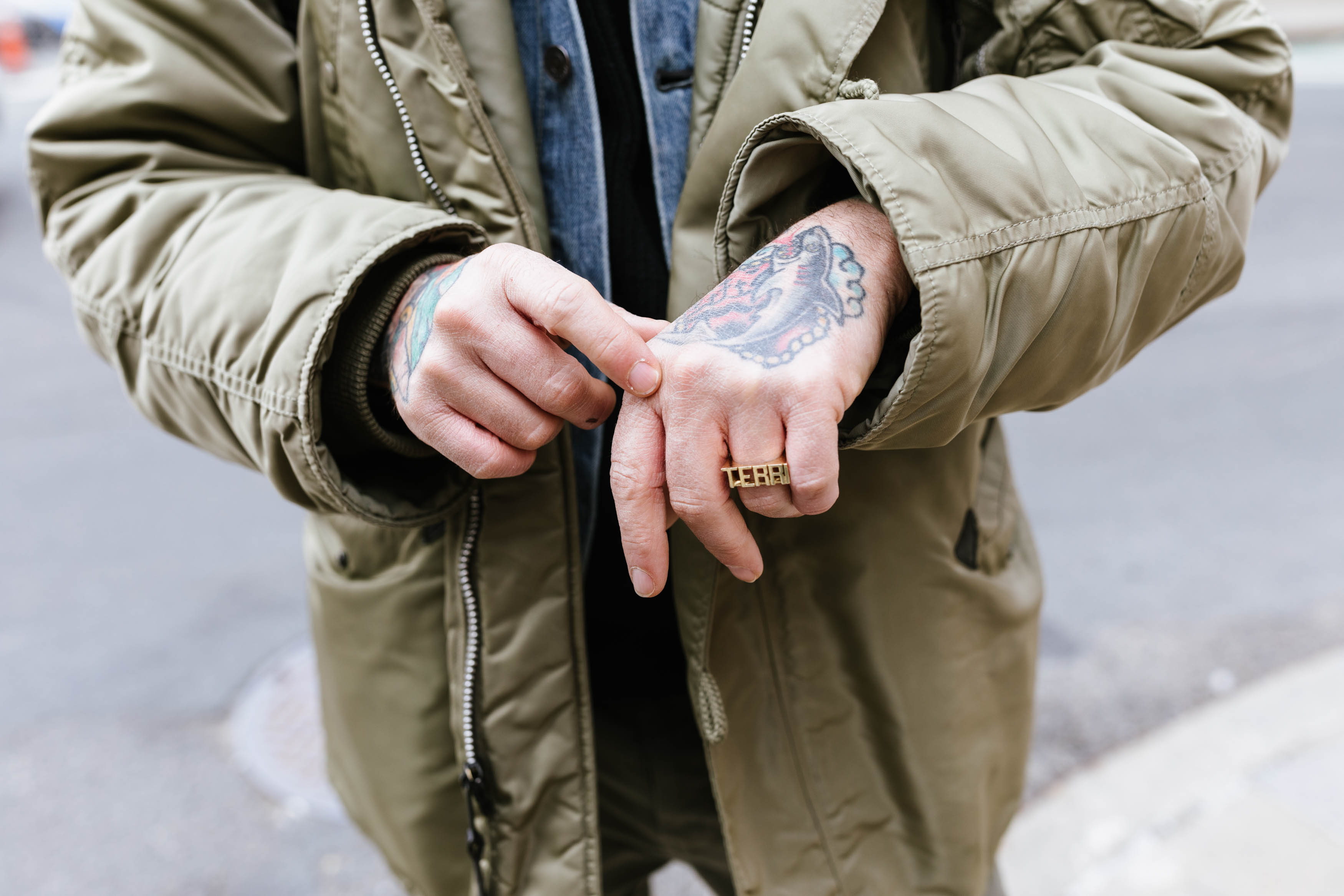 Adam began buying Cracker Jack popcorn boxes, hoping to find the free tattoo prizes inside. His interest in tattoos didn’t fade with time as he grew up — it only got stronger. Adam began drawing and sketching tattoo designs, becoming obsessed with the practice.

“I’ve been obsessed with it for as long as I can remember. It’s the only thing that I’ve really ever wanted to do.”

Adam was quite shy when he was young, though, and found the road to becoming a professional tattoo artist a little intimidating. “When I was 18 or 19, you had to be confident,” said Adam. “You have to really get out there, go visit shops, and really assert yourself to get an apprenticeship or get a gig.” Adam found a steady career as a salesman. Time flew by. Suddenly the weekly grind turned into a decade and a half-long career. But he was unfilled by his day-to-day 9-5. He kept feeling the call to become a tattooer.

“You blink and 15 years later, you’re in a Ford Taurus, going up to West Chester to talk to somebody about chillers. I don't even know what a chiller even is!”

Adam got a job moonlighting at a tattoo studio in Brooklyn, while still at his sales job. “I did that for three or four years. No days off. I didn’t have any days off. I was doing one job or the other or both at the same time,” said Adam. He did this for roughly 4 years before taking the plunge to follow his dream and tattoo full-time. 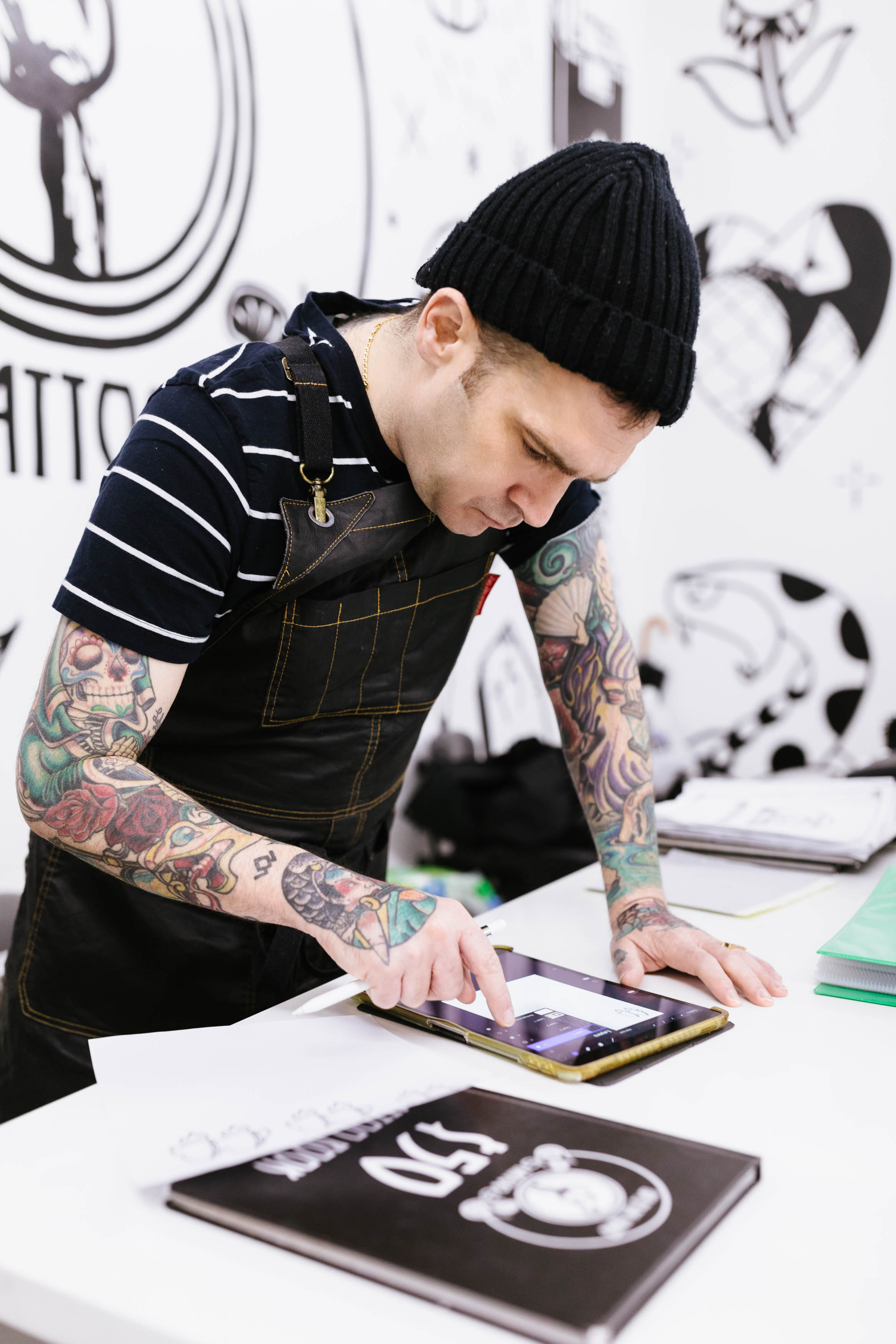 Making the transition from hobbyist to professional took time. As a creative person, the most challenging part of freelancing in NYC for Adam was figuring out how to manage his finances. “I didn’t have an awareness of what was what. I had never been good with money. I don’t like to think about that stuff.” Managing multiple income streams, sporadic payment cycles, and withholding for taxes are a common frustration for freelancers — something that Adam found challenging and took time away from the actual work. That’s why Adam found the solution to help him better manage his money and give him back the creative brain space to do the love he loves — Catch.

“I saw the Catch app come up and thought it was genius — the idea of having the same feeling ‘a regular job’ that would take out my taxes so maybe I would get a tax return at the end of the year was great. And, sure enough, I did! And we’re going to fly to London with it.”

Setting up personal payroll in Catch was a game-changer for Adam.

He was able to recreate the benefits and financial security of his previous job, but now doing the thing that he loves most. He can automatically divvy up his payments from the tattoo shop, saving for taxes, without manually managing it as his various payments come in.

“I’m finally at a place where I’m as comfortable as I was in the previous job, and I’m doing what I love. I can appreciate it more now. I’ve got a perspective. When I was back there and younger, I didn’t really have an awareness of what was what. I had never been good with money…Going into the app and seeing how much I’ve set aside for taxes frees that side of my brain up so I don’t have to worry about it.”

In Adam’s words, he’s living the dream — freelancing at his friend’s tattoo shop in Brooklyn. “Listening to music with curse words in it all day and getting paid to draw on people all-day — what could be better than that?” 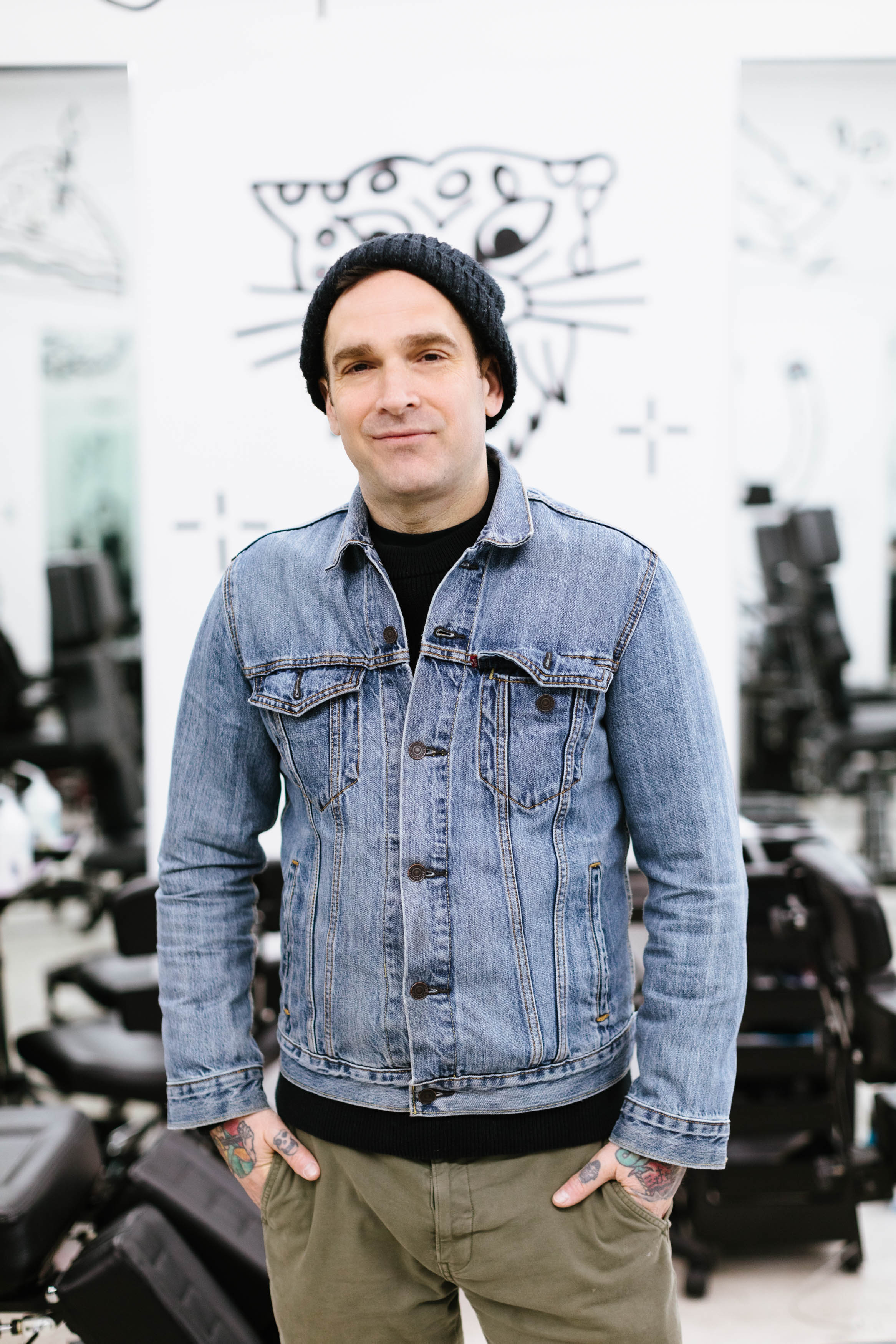